In this article, we talk about the success rate for PIP appeals.

We bring you the latest statistics from the Ministry of Justice, which truth to be told, are extremely encouraging and concerning at the same time.

A request for an appeal can be made only if the claimant has previously requested for a reconsideration and still disagrees with the DWP’s decision.

This step is called a mandatory reconsideration and cannot be skipped.

What is a mandatory reconsideration?

If someone does not agree with the DWP decision, they have the right to request a reconsideration of this decision.

This is a specific attribute of the social security system in the UK, thus giving a second (and even third) chance to people who think they would be worth the help they apply for.

The best way to apply for mandatory reconsideration is to use the CRMR1 request form or to write a letter addressed to the DWP’s decision.

The letter should contain reasons for disagreement and new evidence that supports the claimant’s request.

What is the PIP appeal success rate?

Many people worry that ‘if I lose ESA will I also lose PIP?‘

According to the new Ministry of Justice (MoJ) statistics, the success rate for PIP and ESA appeals has now reached 76%.

The new MoJ figures also show for the period from July to September 2019  that of the disposals made by the SSCS Tribunal, there were:

This overturn rate varied by benefit type, with:

ESA and PIP appeals were a real success during the period from July to September 2018. However, many claimants, around 22% to be exact, did not go through and dropped the appeal.

The reason why that happened is probably worth finding out and would reveal the real gaps in the social benefits system.

“These new MoJ figures show that the standard of initial DWP PIP and ESA decision making continues to be woefully poor.

Undoubtedly a major contributor is the low standard of Atos, Capita and Maximus Health Care Professional assessments and the lack of proper consideration given to disabled peoples’ own oral and written evidence.

The DWP should take proper account of disabled people’s evidence at the mandatory reconsideration stage.

That disabled people are having to wait several months or longer for justice at an independent tribunal is causing unnecessary stress as well as unjustified financial hardship.”

This, however, is not such good news, because it highlights the fact that the assessment process for benefits claim is broken, and that many initial assessments are getting it wrong.

If a high number of tribunals come to the conclusion that the initial assessment was wrong, there are definitely a few issues in the whole process of assessment.

This being said, if you feel the victim of an injustice committed by the DWP, you should take into consideration appealing to a higher court.

The good news for many claimants is that in order to make the appeals registration process more efficient, the HM Courts and Tribunals Service (HMCTS) has launched a program where people can request an appeal online.

This service is incredibly useful in ensuring the correctness of all the appellant’s documents and that the forms  can arrive safe and intime.

Currently, this service can be accessed by people who want to apply for a Personal Independent Payment appeal and who live in one of the following locations: Bedfordshire, Berkshire, Buckinghamshire, Cambridgeshire, Essex, East Sussex, Hertfordshire, Kent, the Midlands, Norfolk, Oxfordshire, Suffolk.

The first question when choosing to apply for an online appeal is the name of your benefit and your postcode.

If you match the eligibility criteria (the two conditions mentioned above) then you can continue appealing online. Any progress is saved online and can be sent to you by email.

After completing the online form, you do not have to also fill and send the paper form – the electronic one is more than enough.

For people who are uncertain about their competencies to fill out this online form, they can ask the help of a representative they trust and who can do this for the claimant.

Another considerable advantage of this online service is that it can be accessed anytime, at any time and any day of the week.

This service is even faster than the postal service because it submits your form electronically to the Department for Work and Pensions in only one day.

If you fill the form on a weekend day, it will be forwarded to the DWP the next working day.

The next step in helping the claimants and simplifying the appeal process as much as possible is the option of Managing Your Appeal.

It is understood that this option will let you edit what you have written, add new information such as useful evidence to support your case, and also withdraw an appeal if necessary.

These initiatives are part of a £ 1 billion program to transform the court system in the UK. 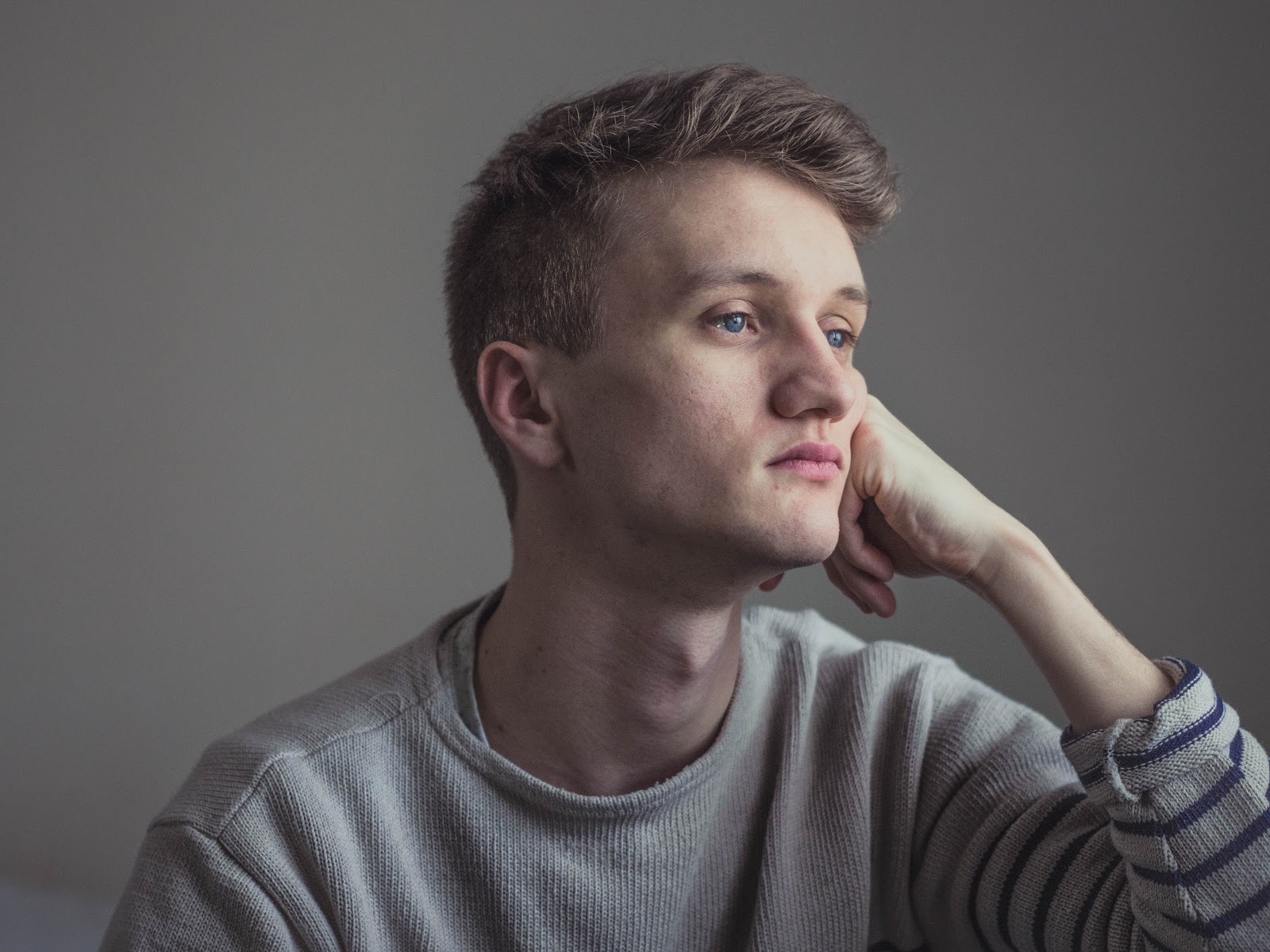 Appeal benefits – how long to wait?

According to the Personal Independence Payment: Official Statistics, in July 2019, of those new claims cleared under normal rules, the average PIP claim, in Great Britain (GB), took:

These times have reduced significantly from the peak in July 2014 (42 and 35 weeks respectively).

Clearance times are currently at similar levels to the past two years, despite small fluctuation across months.

These times have reduced significantly from the peak in September 2014 (32 and 27 weeks respectively), and times have also reduced relative to last quarter.

If you won your appeal against the DWP’s decision, you’ll receive your new amount of money every 4 weeks.

The DWP will also have to pay you everything they should have been paying you from the date of your claim, this is called back pay.

It normally takes 4 to 6 weeks for this money to come through when you win a PIP tribunal.

It often takes DWP 6-8 weeks to respond to the decision and get payments started.

Back payments usually arrive separately from the regular payments.

You may wish to send a copy of the appeal decision letter straight to the relevant DWP office to speed up the process.

The PIP appeal success rate has now reached the impressive figure of 76%, so if you feel the victim of an injustice committed by the DWP, you should take into consideration appealing to a higher court.

Your chances of winning are very high. Check our articles on how to get ready for a PIP appeal, for more tips and recommendations.

If you want to share your case with us, feel free to let us and other users know what your experience with the PIP claim has been so far.

And, if you have any questions, leave them in the comments section below.

How long does an appeal take for PIP?

The timeline for a PIP appeal varies, as some reconsiderations can take 2 weeks, some can take several months.

Before appealing, however, you have to ask for a mandatory reconsideration.

If after 8 weeks you haven’t heard back from he DWP, it’s a good idea to call them and ask how much longer it will take.

How many PIP decisions are overturned?

5% of the total of 3.7m PIP decisions have been overturned.

The DWP declares that decisions are being overturned because people have submitted more oral or written evidence.

How successful is PIP mandatory reconsideration?

The success rate for PIP mandatory reconsideration is abysmally low, as only 19% of the decisions are changed.

The success rate for those claimants who go on to appeal, on the other hand, is 73%.

What happens when you win your PIP tribunal?

If you win your appeal at a PIP tribunal hearing, you’ll get an official notice in the post within a couple of weeks.

You’ll receive your new amount of money every 4 weeks. The DWP will also have to pay you everything they should have been paying you from the date of your claim.

This is called back pay.

What happens when the PIP award ends?

When your PIP award ends, if you are over State Pension age, you cannot renew your claim or make a new claim.

You may be able to claim Attendance Allowance instead but this does not include a mobility component.

The DWP cannot overturn the PIP tribunal decision, however, they can appeal against it, in exactly the same way as you can.

PIP assessor lied (what can I do?) PIP claim – How long for a decision? ﻿ If I lose ESA, will I also lose PIP? Can I claim PIP for osteoarthritis ﻿ Disagreeing with the Court hearing results Claiming PIP for Asperger (A guide) Supporting evidence for PIP from a family member ﻿ Won PIP tribunal? How long for back pay? ﻿ The PIP decision timescale (How long does it take?)