Psychopathy is a personality disorder characterized by antisocial behavior, lack of empathy and remorse, and uninhibited egotistical behaviors.

In this blog article we will discuss the signs and signals of identifying someone who is a psychopath, together with behaviors and traits associated with this condition.

There is no direct treatment, but we have some advice about how to handle a psychopath.

What is a psychopath?

People often use the term psychopath loosely, but there are specific criteria for someone to actually be diagnosed as a psychopath.

Psychopaths are defined as people with antisocial personality disorder (ASPD).

Individuals with ASPD show patterns of manipulation and violation of others.

It might be assumed that someone with ASPD is a loner, has a reserved personality and likes to keep to themselves.

However, ASPD means someone who goes against societal rules and normative behaviors.

What are common signs of psychopathy?

·      inability to tell right from wrong

·      manipulation and hurting of people

·      consistent problems with the law

·      general disregard towards safety and responsibility.

These people tend to partake in reckless behavior, take dangerous risks, and are deceitful.

Psychopaths show strong Machiavellianism tendencies. These include being duplicitous, cunning and manipulative.

They place a higher priority than most on power, money and winning at any cost.

They find moral and social rules irrelevant and easily ignore them, and as a result, lie to others and manipulate them with little to no guilt.

Depending on type, these people’s ‘go to’ functions are deception, bullying, creating guilt, pretending weakness or flattery.

Whichever they choose, they regularly wield these tools in an attempt to contort and control the emotions and behaviors of those around them.

Because such people are master manipulators, they are often charming and well-liked, at least superficially.

They may feign interest and compassion for a short time, but that façade wears off quickly, and it becomes clear that they only really care about themselves.

Psychopaths also have clear narcissistic tendencies. People high in narcissism are self-centered and have an inflated sense of their qualities and achievements. Also, they have to make up stories and believing them.

They refuse, or rather are incapable, of seeing any weakness in themselves. They could even project their flaws onto people around them.

For example, a narcissist who secretly worries he isn’t clever enough will often accuse those around him of being stupid, as a way to boost his own sense of importance and worth.

What others can perceive and take on board as constructive criticism, narcissists see as something deeply damaging to them and which must be countered at all costs.

Often narcissists will be incapable of maintaining positive and healthy relationships due to their continual self-focus.

They tend to seek positions of authority where they can work over, rather than alongside, colleagues.

Such authority also gives them a perfect platform, because narcissists never blame themselves for their problems.

It is always someone else’s fault, and being in a position of authority means this can be apportioned to competitors, employees and peers alike.

1. What are some recognizable traits of a psychopath?

·      grandiose estimation of self

2. How can you tell if someone is a psychopath?

There are many behaviors typical of psychopaths that can help you recognize them. 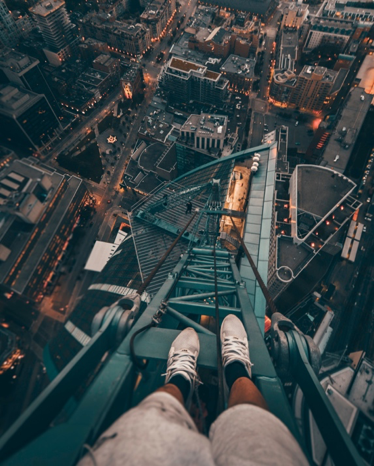 ·      they read others quickly and effectively, and they are always ready to exploit any weaknesses that they sense in their victims

Psychopaths have a general disregard towards safety.

Although psychopaths put forth an arrogant persona, they feel inferior to others and know that they are stigmatized for their horrendous behavior.

Some psychopaths are very well-adjusted to their environment and can even be popular, but they feel they must hide who they really are to avoid being treated as an outcast.

4. What is the difference between a psychopath and a sociopath?

Psychopath and sociopath are terms often used interchangeably to describe a person who acts in violent or criminal ways and exhibits no remorse or feelings for others.

Sociopaths lack empathy like psychopaths, but they do tend to feel anger and stress like most people do.

Psychopaths are thought to make up about 1% of the population, but a higher percentage of people have psychopathic, narcissistic or sociopathic traits, such as an inflated sense of self or lack of emotion.

5. Do psychopaths get angry?

Yes, psychopaths do have feelings. They can feel happy and motivated if the rewards are high enough.

They can also get angry if provoked, or get frustrated when their goals are sabotaged.

6. How do you deal with a psychopath?

It is very difficult to deal with a psychopath, but here are five strategies that might help:
·      keep your emotions in check so they cannot use these as weaknesses
·      do not show them that you are intimidated
·      do not buy into their stories
·      turn the conversation back on them
·      avoid in-person communication as much as possible.

7. What is a psychopath’s weakness?

They have very little experience with feelings or emotions.

8. Are psychopaths born or made?

Many studies have found that psychopaths are born that way and are not made.

However, psychopaths do sometimes have a genetic predisposition that makes them the way they are.

There are some biological differences in the brains of psychopaths compared to the general population.

Other research suggests that it is someone’s upbringing that has an impact on whether they become a psychopath.

It’s likely to be a mixture of nature and nurture that turns someone into a psychopath, and they’re likely to use both to their advantage to manipulate others.

Psychopaths have something called a resilience to chaos.

This means that they are calm and collected under pressure and thrive in situations that most people would find extremely stressful.

Stress is usually a reaction to perceived danger, whether physical or psychological, and fear is one response to that.

But a psychopath is indifferent to the feelings of those around him, and their response to stress may seem unnatural.

If something makes a psychopath afraid, their first response is “destroy the threat, before it harms you.”

So, for example, if one is startled unexpectedly, and they immediately respond with violent rage, then for them that is normal.

It is still stress, just a very different response to it.

10. Can a psychopath be cured?

There is no cure for psychopathy. Nothing.

Neither pills nor vaccines nor talk therapy can instill empathy in a true psychopath, or prevent murder in cold blood.

People who experience psychopathic traits, such as ruthlessness, charisma and persuasiveness tend to get through life just fine.

Even full-blown psychopaths can be very successful.

Complete lack of empathy is what sets a true psychopath apart from the rest of the population.

They will never be able to sympathise with someone else’s feelings, or care that someone else is suffering while they thrive.

Lacking empathy is not a challenge for a psychopath, they simply won’t ever believe there’s anything wrong with them.

By this logic, if you are ever worried about being a psychopath, it means you cannot be one.

Complete lack of empathy is what sets a true psychopath apart.


It also means a true psychopath can never be “cured.”

If you want to learn more about the psychology of a psychopath, how to recognize one and how to get away from one, try these books:

Women Who Love Psychopaths: Inside the Relationships of inevitable Harm With Psychopaths, Sociopaths & Narcissists

Women Who Love Psychopaths is written in a way which can be related to, while also offering a large source of well-researched clinical information.

There are insights, answers and a methodology for healing and reducing the risk of being targeted again.

It is hailed as the single, most important resource you must read if you’re trying to break free from a pathological relationship.

The author Sandra L. Brown, M.A., is the founder of The Institute for Relational Harm Reduction & Public Pathology Education.

She is a former psychotherapist in the field of psychopathology, community educator on the intersections of Mental Illness, Personality Disorders, Violence, and Recidivism.

She is a clinical lecturer and trainer, TV and radio guest, and an author.

The Psychopath Inside: A Neuroscientist’s Personal Journey into the Dark Side of the Brain

A fascinating memoir of a neuroscientist whose research led him to a bizarre personal discovery, James Fallon had spent an entire career studying how our brains affect our behavior when, while studying brain scans of several family members, he discovered that one perfectly matched a pattern he’d found in the brains of serial killers.

This meant one of two things: Either his family’s scans had been mixed up with those of felons or someone in his family was a psychopath.

Even more disturbing: The scan in question was his own. This is Fallon’s account of coming to grips with this discovery and its implications.

Charming Cheaters: Protect Yourself from the Sociopaths, Psychopaths, and Sexopaths in Your Life

With at least 1 in 25 people falling on The Sociopath Spectrum, most of us interact with one every day and don’t even know it.

Using deceptive charm and lies, they control our country, our companies, and our churches.

With the birth of the #MeToo movement, people in positions of power are exposed for sexual misconduct on an almost daily basis – most are men, but women can be sexopaths too.

As the sheer volume of sexual misdeeds mounts and perpetrators from every corner of society are implicated in this misbehavior, explanations have popped up for why this is happening.

While all of these factors might play a role, lost in the conversation is the medical condition to explain the phenomenon.

Charming Cheaters enables recognition of a type of people unlike the rest of us.

Have more questions or comments about psychopaths? Post below.