Peyote is a small, spineless cactus. Parts of the cactus crown may be chewed or soaked in water to make tea.

In the US, it is illegal to possess peyote. However, peyote can be used in religious ceremonies of the Native American Church.

People use peyote to cause hallucinations, and for conditions such as fevers, wounds and joint pain, but there is no good scientific evidence to support these uses.

Using peyote can also be unsafe.

The mescaline in peyote causes hallucinations and mind-altering effects.

How is peyote prepared?

The top of the peyote cactus, also referred to as the crown, consists of disc-shaped buttons that are cut from the roots and dried.

These buttons are generally chewed or soaked in water to produce an intoxicating liquid.

The hallucinogenic dose of mescaline is about 0.3 to 0.5 grams, and its effects last about 12 hours.

Because the extract is so bitter, some individuals prefer to prepare a tea by boiling the cacti for several hours.

How does peyote work?

Peyote is a drug that causes hallucinations, which are profound distortions in a person’s perception of reality.

Under the influence of hallucinogens, people see images, hear sounds and feel sensations that seem real but are not.

Peyote causes its effect by initially disrupting the interaction of nerve cells and the neurotransmitter serotonin.

Distributed throughout the brain and spinal cord, the serotonin system is involved in the control of behavioral, perceptual, and regulatory systems, including mood, hunger, body temperature, sexual behavior, muscle control, and sensory perception.

On the other hand, phenylcyclohexyl piperidine acts mainly through a type of glutamate receptor in the brain that is important for the perception of pain, responses to the environment, and learning and memory.

There have been no properly controlled research studies on the specific effects of these drugs on the human brain, but smaller studies and several case reports have been published documenting some of the effects associated with the use of hallucinogens.

Peyote has been used in native American ceremonies for centuries.

What does peyote contain?

A recent study found no evidence of psychological or cognitive deficits among Native Americans that use peyote regularly in a religious setting.

It should be mentioned, however, that these findings may not generalize to those who repeatedly abuse the drug for recreational purposes.

Hallucinogenic compounds found in some plants and mushrooms, or their extracts, have been used for centuries, mostly during religious rituals.

Almost all hallucinogens contain nitrogen and are classified as alkaloids.

Many hallucinogens have chemical structures similar to those of natural neurotransmitters (e.g., acetylcholine-, serotonin-, or catecholamine-like).

While the exact mechanisms by which hallucinogens exert their effects remain unclear, research suggests that these drugs work, at least partially, by temporarily interfering with neurotransmitter action or by binding to their receptor sites.

What effect does peyote have on the mind and body?

The effects of peyote can be similar to those of LSD, including increased body temperature and heart rate, uncoordinated movements (ataxia), profound sweating, and flushing.

The active ingredient mescaline has also been associated, in at least one report, to fetal abnormalities.­

Within 30 minutes to one hour after taking peyote, most people begin to experience some form of physiological distress, such as nausea, discomfort, fullness in the stomach, sweating and/or chills.

These physical symptoms can last up to one or two hours, after which they are usually replaced with a sense of calm and acceptance.

At this stage, the more subjective, psychological peyote effects begin to occur, reaching their peak at two to four hours after taking it, and gradually declining over the next eight to twelve hours.

Peak effects are often said to be comparable to those of LSD, profoundly altering perceptions of self and reality, increasing suggestibility, and intensifying emotions.

While some find peyote more sensual and less reality-shifting than LSD, others cannot tell the difference.

Some users experience a deeply mystical or transcendental state, including clear and connected thought, feelings of oneness and unity, self-realization and the removal of ego, as well as empathy and euphoria.

On the other hand, “bad trips” and dysphoric symptoms may be more common among people who are vulnerable or have histories of mental illness.

Common effects can include:

Visual effects are also common, including color enhancement, visual distortions (such as “melting” or “breathing” environments), geometric patterns and the appearance of seemingly outside objects.

A number of users, including Robert Anton Wilson in his autobiographical Cosmic Trigger, describe encounters with a little green man, or the “spirit of the plant,” who is often called “Mescalito.”

How is peyote taken?

When taken by mouth, peyote is UNSAFE for use. It can cause nausea and vomiting, anxiety, paranoia, fear and emotional instability.

Although it is rarely fatal, peyote can cause homicidal rage, psychotic or suicidal behavior related to the hallucinations.

When applied to the skin, there isn’t enough reliable information to know if peyote is safe or what the side effects might be.

Pregnancy and breast-feeding: It is UNSAFE to use peyote if you are pregnant. The mescaline in peyote can cause birth defects.

In surgery, peyote acts like a stimulant. Doctors worry that it might interfere with surgery by increasing heart rate and blood pressure.

Patients should stop taking peyote at least two weeks before a scheduled surgery.

What precautions should be taken with peyote?

Although peyote is not known to directly cause physical harm or death to users, great care should be taken to minimize environmental hazards before taking it.

It is very important, for example, to prepare the space appropriately by removing potential dangers (including sharp objects, things you might trip over, and so on) and setting up a safe and comfortable place to sit or lay throughout.

Because purging is common, a bucket or nearby toilet, as well as fresh drinking water, is likely to come in handy.

And it may also be a good idea to have a responsible sitter present, both for added security and in case of unforeseen emergencies.

Like most psychedelics, peyote should be avoided by pregnant or breastfeeding women.

While it may be traditional for Huichol women to consume it during pregnancy, mescaline has been linked to a specific group of fetal abnormalities.

Peyote should also be avoided by anyone with a heart condition and/or high blood pressure, particularly in combination with blood pressure medications.

Other drugs to avoid combining with peyote include immunomodulators, alcohol, and stimulants like cocaine and amphetamines.

Combining peyote with monoamine oxidase inhibitors (MAOIs)—usually to amplify the effects—is likely to increase nausea and may even be dangerous.

In fact, the nausea that tends to arise from taking peyote alone may have something to do with the presence of naturally occurring MAOIs like tyramine.

Does peyote use have lasting effects?

Study into the ceremonial use of peyote among Native American populations found there to be no harmful long effects.

It ought to be noted, however, that its use in alternative contexts might not be as safe.

Can you overdose on peyote?

Whether or not one can overdose on peyote is not recorded.

However if one will exist, it’s probably to be around 20-80 times the effective dose—or upwards of sixty cacti in one sitting!

This doesn’t mean that peyote is entirely safe since there are a variety of specific contraindications to remember, however, it will recommend that peyote is mostly tolerated in most healthy individuals.

What are the possible side effects of peyote use?

Side effects or risks of peyote or mescaline use may include:

1.    Can mescaline be detected in a drug test?

A saliva test can detect Mescaline for up to 1-10 days, and can be detected with a hair follicle drug test for up to 90 days

Hallucinogenic cacti are not illegal in the UK, unless prepared for consumption as a hallucinogen.

This could include drying them, or cutting them into edible ‘buttons’.

It usually takes six to ten of these buttons to gain the desired effect.

In many countries, a special exemption is created for members of the Native American Church (NAC) to use peyote for ritual ceremonies, though not mescaline.

The cacti’s effects are in some ways similar to LSD, but longer lasting and more physical.

Users typically vomit before entering a dreamlike state where sound and scale distort and visions appear.

The trip can last up to 12 hours with the user deep in trance and detached from the world around them.

Peyote buttons seem to retain mescaline for an extremely long time, potentially even thousands of years.

The key, once completely dried, is correct storage in cool, dark, dry conditions, ideally in a completely airtight container.

Peyote buttons may be eaten up whole or brewed as peyote tea.

A moderate dose of 200-400 mg mescaline may be achieved by ingesting around six buttons.

This Mexican peyote cream or ointment, which also contains marijuana, is sold as a remedy for aches and pains, cramps, coughs, angina and other conditions.

Though a part of an extremely ancient tradition of meditative use, pomade de peyote seems to be a comparatively new preparation of peyote succulent available in Mexico.

The features that define peyote include:

·       occasional pink or white peyote flowers or flowers on top. 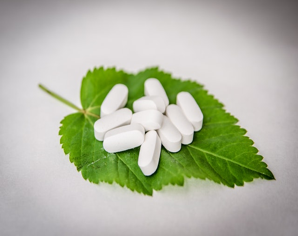 If you want to read more about peyote, mescaline or hallucinogenic drugs here are some book suggestions:

Peyote and Other Psychoactive Cacti

Guide to cultivating peyote and other psychoactive cacti and extracting active properties, including obtaining seeds, growing a variety of cacti, cloning, and grafting, and extracting the maximum output of mescaline and other alkaloids, descriptions of procedures used for extracting mescaline from peyote and San Pedro, and legal aspects prepared by Attorney Richard Glen Boire.

Teachings of the Peyote Shamans: The Five Points of Attention

A rare in-depth look at the inner workings of Huichol shamanism.

Describes the five sacred sites of the Huichol and their peyote ceremonies. Explains how the Huichol teachings of awareness, centered on the five points of attention, connect you to your true essence.

High Society: The Central Role of Mind-Altering Drugs in History, Science, and Culture

An illustrated cultural history of drug use from its roots in animal intoxication to its future in designer neurochemicals.

Featuring artwork from a High Society exhibition at the Wellcome Collection in London, one of the world’s greatest medical history collections.

Reveals how drugs drove the global trade and cultural exchange that made the modern world.

Examines the causes of drug prohibitions a century ago and the current “war on drugs” .

THE ULTIMATE GUIDE TO PEYOTE  The Third Wave. February 2020