Kurt Cobain was depressed because:

Kurt Donald Cobain was born on February 20, 1967, in Aberdeen, Washington.  He was an American Rock Musician and earned fame as a leading singer, primary songwriter and a guitarist for the grunge band Nirvana.

He had a happy and cheerful childhood, however, after his parent’s divorce when he was nine, it changed his personality making him more troubled, angry and this incident was the catalyst for his zeal for music in later life.

From an early age, he was particularly fond of music and he started playing with local bands like “ sludge rock” in the 1980s.  In 1985, he made and created some homemade songs along with Melvins, a drummer and had caught the attention of another Bassist, Krist Novoselic. Cobian along with Novoselic in 1987 formed their band Nirvana. Since then, they started recruiting a different range of drummers for the recording of the tape. 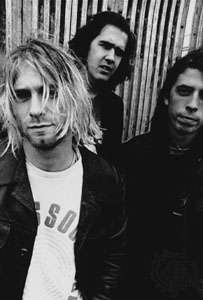 Their first demo tape was acknowledged by Jonathan Poneman, the first record label executive to agree for a record contract with them. The first single of Nirvana was, “ Love Buzz” in 1988 and the first album was Bleach, 1989.

Signs and symptoms of Depression

Before committing suicide, Cobain went missing for days and his loved one and family had tried to mend together the pieces of evidence found from various sources.

And it was evident through much of the sources that  Cobain’s early phase of a downward spiral took place years back when he was fighting with depression and drug addiction.

Cobain’s suspicion on Courteney affair and his career peak

Cobain was depressed and attempt his first suicide because of the suspicion he developed on Courteney’s having an extra affair.

Apart from that, he was depressed and confused with the peak of his career. He often failed to control the influence of his troubling youth as well as embracing the fame he earned becoming a new celebrity.

On top of that, he was unable to overpower himself from the tight grip of his drug addiction.

As per the report of his wife, she confessed how much Cobain hates being in Nirvana and playing with them. He often shared with her how he wished to work with R.E.M’s Micheal Stipe. Cobain was often disturbed by the domestic dispute in his band.  And this statement and his desires weren’t taken seriously by his wife as well as his family.

In March 1994, Cobain attempted suicide for the first time and thus was a failed attempt where his wife, Courtney Love and bandmates seek help from an Intervention counsellor. It was reported by the counsellor that he was in Seattle in full denial mode and was in a chaotic state of mind.

In Italy, where he underwent coma and was near to death due to his intake of Champagne and drug Rohypnol blend. The episode of Coma was believed to be a result of accidental use of heroin and overdose since it was known by many that he has troubling relations and a problem with the drug.

A few days later, Cobain paid his visit to one of his friends Dylan Carlson at his home in Seattle. Informing about a trespasser around his property, asked his help in securing firearms. As per Carlson’s word,” he seemed normal, we had been talking. Plus. I have loaned him guns before”.

Treatment centre and his escape

Cobain ran away from the clinic unformed to his family and friends and turned into a complete tragedy, resulting in the family to hire a private detective to locate him. Private Detective got in touch with Cobain in Seattle however, he refused to return home.

Meanwhile, he approached a friend and convinced him to get a gun for protection. With that, he returned home intoxicated with Valium and heroin in order to reach a near-fatal level.

And therein his apartment right above the garage, he left a suicide note quoting one of the Neil Young’s lyrics, “ better to burn out than to fade away”

Carlson was given $300 to get a shotgun and ammunition box from a gunship.

Although Carlson was reluctant in moving forward to buy, upon Cobain’s insistence for the need of a weapon for his security and protection, Carlson agreed.

Fleeing from the rehabilitation clinic

Cobain on his departure from the rehabilitation centre called his wife, Love and left a confusing message, “ Just remember no matter what, I love you”. After his two days stay at the centre, he left informing the staff that he was out for a cigarette, when actually he ran off from there.

His departure from the rehabilitation centre left everyone puzzled and sus[icious about where had been. As per some sources, it was suggested that he wandered around the neighbourhood ill-looking and dressed in a thick coat while others believe that he spent his last night at his summer home with an unidentified pal.

Discovering Cobain’s body at the garage

It was 5th April when Cobain, 27, fenced himself in the greenhouse of his Seattle home shot himself with the gun purchased by his friend. Carlson.  He left a suicide note quoting lyrics from the song of Neil Young, “ it’s better to burn out than to fade away”.

Post report has found that there was a high concentration of Valium and Heroin in his blood.

Cobain’s prolonged depression and consequent suicide was a result of an interplay of factors such as his career, Nirvana internal dispute, his uncontrollable drug addiction, troubling relation with his wife, Courteney and drog overdose.

HIs loss remained unimaginable and unbelievable to most of his fans and those who personally know him.

An excerpt from his song, You know you’re right, one of the last songs he recorded before death, with the significance of portraying his relationship with Courteney since the bond they shared wasn’t what we expect and what it should have been.

I will never bother you

I will never promise to

I will never bother you

I will crawl away for good

I will move away from here

You won’t be afraid of fear

No thought was put into this

I always knew it would come to this

Things have never been so swell

And I have never failed to fail

It’s so warm and calm inside

I no longer have to hide

There’s talk about someone else

Nothing’ really bothers her

She just wants to love herself

I will move away from here

You won’t be afraid of fear

No thought was put into this

I always knew it’d come to this

Things have never been so swell

And I have never failed to fail

Here We are Now

It was written by Charles R. Cross documenting the journey of Kurt Cobain into 6 chapters describing his influence on music, his days at Seattle and his effect, his hometown Aberdeen, phase of addiction and the eventual suicide. A quick read with less than 200 pages all about Cobain’s life.

What happened to Kurt Cobain?

Why did Kurt Cobain kill himself?

Kurt Cobain killed himself because he had a history of prolonged drug use and addiction, he faced a troubling and lonely childhood, the troubling relationship shared with his wife and his career-related stress and workload.

Witter, B. (2020). Inside Kurt Cobain’s Final Days Before His Suicide. biography. https://www.biography.com/news/kurt-cobain-final-days-suicide